How to Use the Semicolon in Academic Writing

Today, friends and frenemies (we know you’re out there), we’re looking at the semicolon, including when this punctuation mark should be used in formal writing (i.e. not for making emoticons wink). We’ll also take a look at the difference between semicolons and colons.

Using a Semicolon to Link Sentences

The main use of the semicolon is to link two sentences. This emphasizes a connection between independent clauses that would otherwise be separated by a period. For instance, the following sentences work by themselves:

My favorite food is spam. I spend a fortune on tinned meat.

However, we could link them with a semicolon to show that they are connected:

My favorite food is spam; I spend a fortune on tinned meat.

This makes it obvious that my love of spam and my meat expenses are related.

Linking sentences like this is common when the second sentence starts with a conjunctive adverb (e.g., “however” or “furthermore”) or a transition phrase (e.g., “as a result”):

I love spam; consequently, I eat it for every meal.

As above, this emphasizes the connection between the two statements.

Generally speaking, you shouldn’t use a semicolon before conjunctions like “but” or “and,” although they can be used for clarity if either of the clauses being joined contains a comma.

The second important use of semicolons is to separate items in a list. Usually, commas are enough for short, simple lists (like the following):

However, if the listed items are more complex and already include commas, using semicolons to distinguish between them aids clarity:

Here, for instance, using semicolons clearly shows where one item on the menu ends and another begins. Using only commas in a list like this, by comparison, could be confusing. 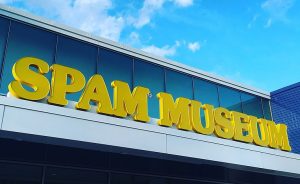 Knowing when to use a semicolon and when to use a colon can be tricky, since colons can also be used to link two related sentences. There are two factors to consider here.

The first is that semicolons can only be used to link complete sentences, whereas the information following a colon can be as little as a single word. For instance:

There’s only one food I can’t stand: spam.

If we wanted to rewrite this using a semicolon, we’d have to use two independent clauses:

There’s only one food I can’t stand; I hate the taste of spam.

The second consideration is that the information following a colon is usually an explanation or specification of a general statement (i.e., more general: more specific).

With a semicolon, however, the sentences linked are typically of equal weight or importance.