Did you think punctuation was complicated enough? Well, today, September 24, is National Punctuation Day in the USA! And to celebrate, we thought we’d share some of our favorite unusual punctuation marks.

We’re starting off with a bang – an interrobang. This punctuation mark combines a question mark (?) and an exclamation mark (!). You can, thus, use it to show excitement or disbelief when asking a question:

What are all these weird punctuation marks‽

While you can use a question mark and an exclamation mark separately to a similar effect, we think the interrobang looks much cooler.

In astronomy, an asterism is a pattern or a group of stars. In the wonderful world of punctuation, though, an asterism is three asterisk marks (*) arranged in a triangle. It’s also known as a triple asterisk. 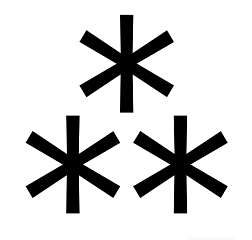 People have used asterisms to mark part of a text, or to indicate minor breaks (e.g., scene changes within a chapter in a novel). But this punctuation mark is rare these days, with a line of three or more asterisks more common.

The percontation point was first suggested in the late 1500s by Henry Denham, an English printer. A reversed question mark, he intended it to be used at the end of a rhetorical question, like this:

It is now also referred to as a “rhetorical question mark.” But, sadly for Denham, it never really caught on beyond a few punctuation nerds (like us).

The French author Herve Bazin proposed six new punctuation marks, one of which was an irony mark. It looks like the Greek letter psi (ψ) with a dot below it.  His idea was that the irony mark would be placed at the start of a sentence to tell you that it should be read as ironic.

Bazin wasn’t alone in thinking we need a way to denote irony in writing. Several other symbols have been proposed to this end, including the percontation point above, but none of them have really taken off.

Not one we would recommend for your writing, incidentally – rather than stressing your certainty, it’s likely to cause confusion among most readers!

We’ll give Bazin credit for covering every situation: if you aren’t writing with conviction, you might need to use his doubt point instead. The opposite of the conviction point, ending a sentence with this will express skepticism. 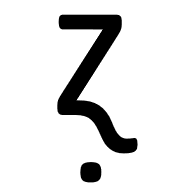 Last, but not least, is the hedera. “Hedera” means “ivy” in Latin, and you can see why this punctuation mark was named after the plant. 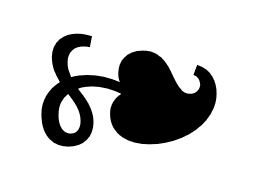 This symbol was used in Latin and Greek texts as a paragraph divider. And given how intricate it is, it’s not surprising that it’s hardly used any more, especially in handwritten texts like they would have been at the time!

Do you have a favorite unusual punctuation mark? Let us know in the comments below! And if you would like an expert to check you have used punctuation correctly in a piece of writing, whether it’s commas, quotation marks, or even asterisms, our proofreaders can help.

Hannah van der Westhuizen
This is very cool. I do like the interrobang I have to admit. I use the exclamation mark, question mark combination myself, and this is a fun alternative!
Reply

Angelo Pastormerlo
Like I just told my wife a minute ago, at some point in history the question mark was a radical concept that some folks vehemently opposed.
Reply